Fly Fishing: How to Fly Fish

Fly fishing (also called fishing with rat tail or flyfishing ) is a form of sports fishing in which a fly rod and an artificial bait called a fly are used. It is a millenary technique (its beginnings are located in the year 2000 BC in China) that needs a lot of practice to learn how to launch the line and to place the fly in the right place for the fish to bite. Know the details and the necessary equipment to start fly fishing. We tell you where to practice this modality, what equipment you need and what pieces you can obtain.

Fly fishing is more common in freshwater (rivers, marshes, and lakes fundamentally) and, exceptionally, in the sea. To carry out this type of fishing you have to follow a series of techniques and have specialized rods. We explain it to you below:

Canes: they are of high flexibility and low weight. They are usually measured in feet (by the Anglo-Saxon tradition) being the equivalent of one foot 30.48 centimeters. Those that are used more frequently have a length of between 7 and 11 feet (2 and 3 meters and a half). Most are carbon fiber as it is a tough and lightweight material. There are also fiberglass, graphite or kevlar. The most “purists” opt for bamboo canes

ACTION OF THE CANE
The length and power will depend on the place where we go fishing, the species and the lure used. What must be taken into account is the action of the cane, differentiating three types:

Fast action or tip: the rod bends only at the tip (25-30% of flexion) so it is faster and more rigid. Recommended for fishing with large flies, nymphs or streamers. Used to throw at great distances.

Average action: it is a bit slower (50-60% of flexion percentage) since it is bent from the tip to the middle zone. They are used for all types of fly fishing, so they are the most versatile.

Slow or parabolic action: the slowest of the three since the rod is almost completely curved (between 80-90% of flexion). It is the least recommended in case of starting in fly fishing because it is in which “more suffers” the wrist.

Reels: also called reel. There are three modes: manual, automatic and semiautomatic. These two last ones are the most advisable for the first times since they allow to pick up the thread more quickly.

FISHING LINES
Fishing lines: it is one of the parts that most differentiate fishing with rat tail compared to other techniques. It is the part of the cane that balances the weight and, therefore, allows it to bend. They can be natural or synthetic (floating or plumb) and their weight is greater than other modalities. They are classified according to their weight (from 1 to 15) or density: less than that of the water they would be floating or floating; if they are similar or a little higher intermediate and if they are much denser we would be talking about sinking.

There are four different fishing lines :

Mainline or rat tail: the average length is 25-27 meters. They can be centered or off center. They are usually made of nylon.

Leader or line bass: about 3 meters and a half (12 feet) although the length will depend on where we fish and the lure we use. There are two types: conical (usually floating or led) and knotted. These last ones are more economical but less recommendable since they can give problems by the knots that can be formed.

Tipped: it is the finest piece of the rig (the final stretch to which the fly is attached) and the one that suffers the most wear. Its average length ranges from 75 centimeters to half a meter.

Backing: section of the fishing line that is tied to the reel. As the rat tail has a short length it is necessary to have an extra reserve (from 80 to 150 meters) which is the one that provides the backing.

THE BIGGEST FISH OF MY LIFE 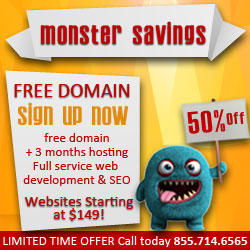